Hitler Goering And Himmler At A Nazi Party Rally In Nuremberg 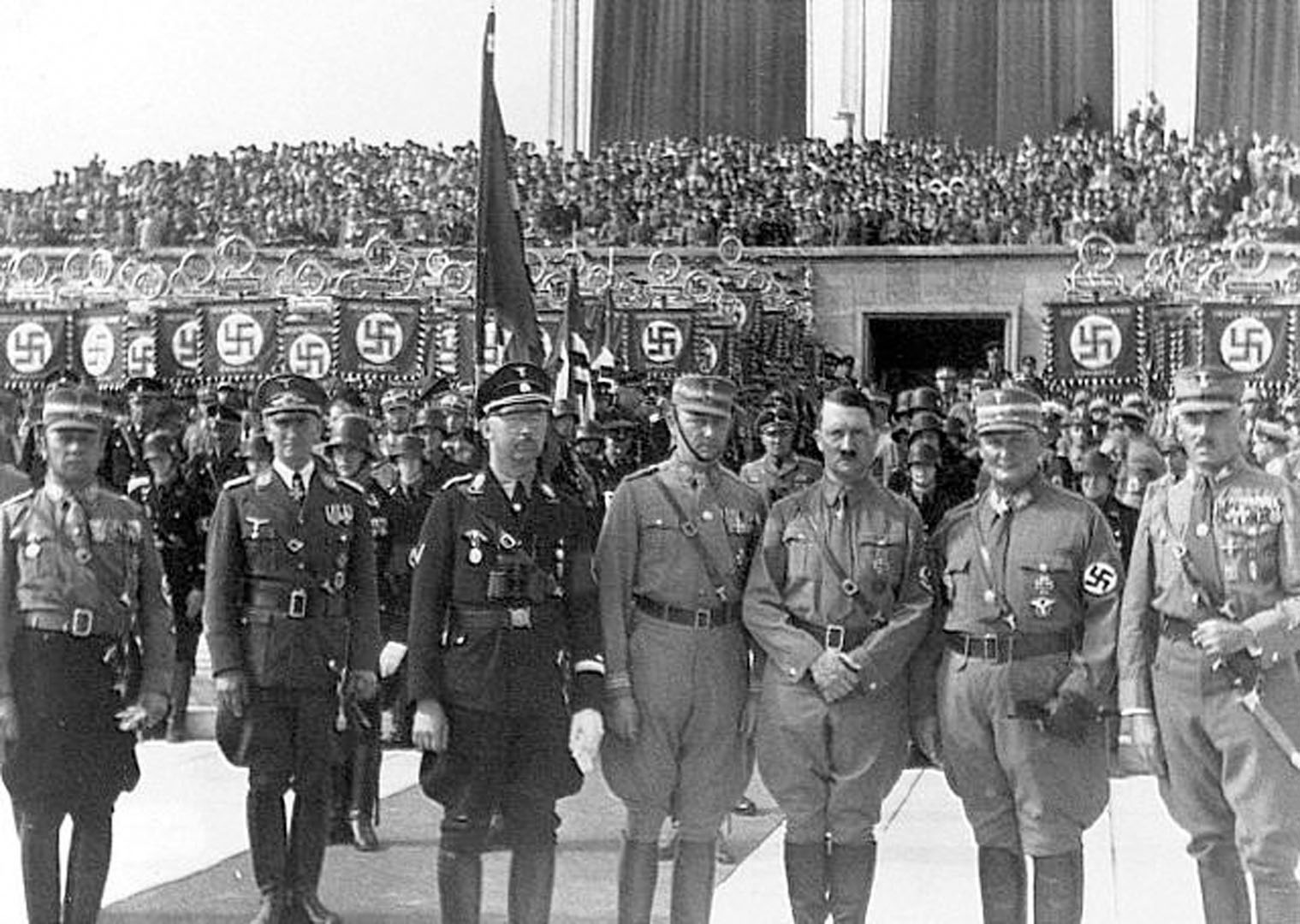 A free wallpaper named Hitler Goering And Himmler At A Nazi Party Rally In Nuremberg. This nazi third reich image has been chosen from the Historical collection featuring on this website. It has a height of 1080 pixels and a width of 1519 pixels.

The picture shown is (in most cases) a reduced size image of the original. You can left click or tap on the image to see its full size. Some pictures in the collection are magnified to fit a larger box and their true size or resolution is smaller than it appears. Click or tap on the image for the best view of it in full resolution. Select the arrows to the left and right of it to navigate through the whole collection. The image called Hitler Goering And Himmler At A Nazi Party Rally In Nuremberg and all the pics and images featured in the Nazi Third Reich, Historical backgrounds collection should be used for personal reasons only. They can be used on a tablet, smartphone, pc, laptop or any other digital media device you might have.