Adolf Hitler With A Young Admirer 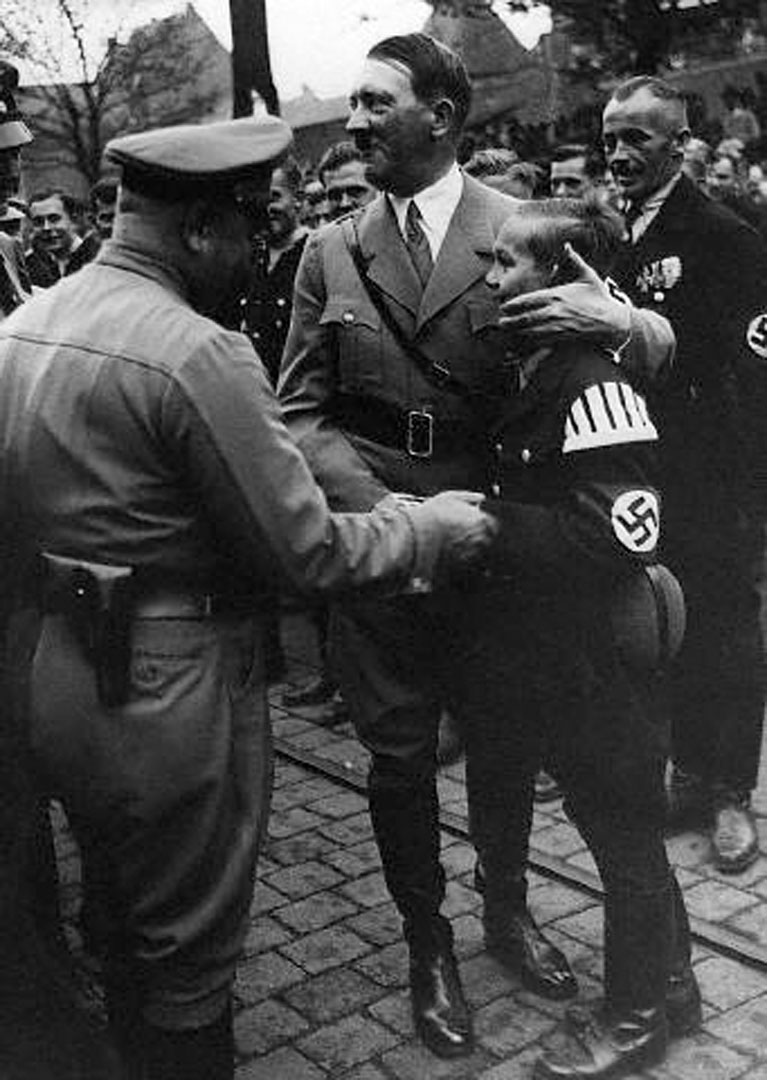 A free wallpaper named Adolf Hitler With A Young Admirer. This nazi third reich image has been chosen from the Historical collection featuring on this website. It has a height of 1080 pixels and a width of 767 pixels.

Left click or tap on the picture above with the mouse pointer to see details of the image in its full detail. Choose this selection to get the best, full resolution representation of the image. Use the previous and next arrow buttons to the above left of the picture to browse through all the other wallpapers in the current collection of Nazi Third Reich, Historical backgrounds. This free image called Adolf Hitler With A Young Admirer should be used for personal purposes only. The selected pic and all the others in the wallpapers collection can be used on many different types of digital devices such as the pc, laptop, tablet and smartphone.