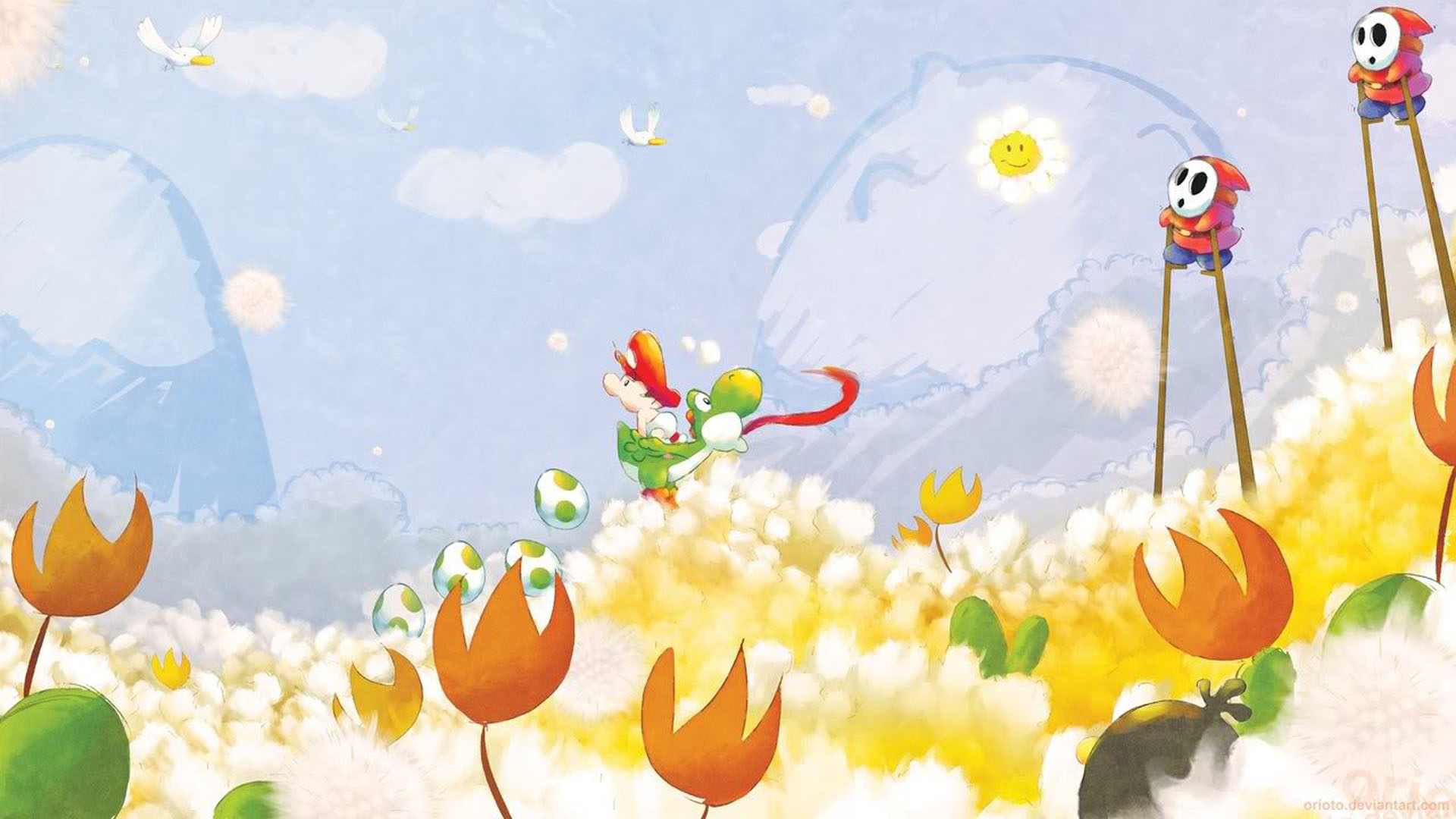 A free wallpaper named Yoshi Fighting Shy Guys On Stilts. This mario image has been chosen from the Nintendo Games collection featuring on this website. It has a height of 1080 pixels and a width of 1920 pixels.

One of the pictures featured in the Mario backgrounds collection on this site. See the picture in greater detail by moving the mouse pointer over it. You can then left click on the image, or tap theimage with your finger or pen. This will then display the picture at full scale. Use the previous and next arrow buttons at either side of the picture to flick through the other wallpapers in the collection. This picture must be used for personal purposes only on a laptop, pc, tablet and smartphone. Other digital devices can also be used, any device that allows images to be moved or downloaded is acceptable.